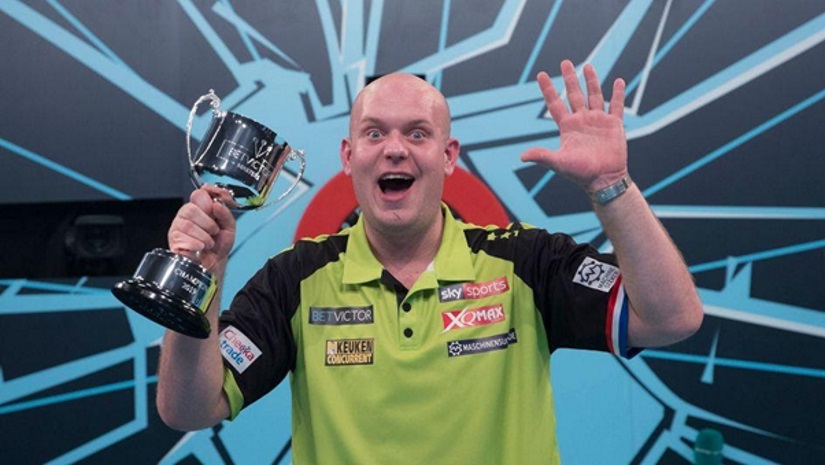 With a month passing since Peter ‘Snakebite’ Wright was crowned world champion, the players return this weekend for the 2020 Darts Masters, made up of the top 16 players on the PDC Order of Merit. Play takes place from January 31-February 2 at the Marshall Arena in Milton Keynes and we now know the full draw and schedule for the event which will be broadcast live on ITV 4.

Michael van Gerwen, still the world’s number one, will be shooting for six in a row here as his customary way of opening the season. The five time defending champion banked an easy 11-5 win over James Wade in last year’s final but defeat in the final at the Ally Pally one month ago will only serve as extra motivation and, with a month off, the Dutchman will be fresh to take on all comers this weekend. Mighty Mike will take on the lowest-ranked player in the field, Wales’ Jonny Clayton in his opener and is an outright price of 11/10 at Betway.

World number two Gerwyn Price went into the World Championships as many people’s favourite, looking likely to provide the biggest threat to the tournament favourite Michael van Gerwen. Despite a very strong end to 2019, such a challenge at the Worlds wasn’t to be after being out-thought in the battle of the mind games that was the semi-final against Peter Wright. Similar to Wright, it will be interesting to see what 2020 holds for in store for The Iceman. It will clearly be a big year for him and this tourney represents the ideal opportunity to lay down an early-season marker. Despite a first round exit twelve months ago, a much deeper run is expected of him this time around. 11/2 is his quoted price at Betway.

World champion Peter Wright recently enjoyed by far the biggest moment of his career, so far at least, shaking off his perennial choker’s tag in the process when he won at the Alexandra Palace. What this all means is that he will enjoy a flood of bets of his success now as the pressure mounts on the Scot to carry on winning. It’s an interesting question to ponder, what the season ahead holds for Snakebite.

After all, last year was almost one his worst ever seasons but, in true Peter Wright style where nothing is straight forward, right on his last throw of the season, it ended being his best on record. Snakebite was a losing semi-finalist last time out here and prior to that a quarter-finalist four years in a row. On the back of his Ally Pally victory he has been installed as the third favourite at 6/1, again with Betway.

James Wade is the only player in the line-up other than Michael van Gerwen who has been to more than one Masters final. After winning in 2014, he lost out in last year’s final to MVG and is considered to be a 33/1 shot to go one better this week. Anyone interested in Gary ‘The Flying Scotsman’ Anderson returning to the top of his sport in 2020 will be tempted by the 10/1 on him getting the new season off to a winnings start, just ahead of Rob Cross’ 12/1 which follows his disappointing World Championships.

Elsewhere, debutant Nathan Aspinall’s stock continues to rise following back to back semi-final appearances at the PDC World Championships. The Asp has even qualified for next month’s Darts Premier League and this could prove to be the breakout year for the 28-year-old who is rated as a 20/ shot with the online bookmaker Betway to win in Milton Keynes.