Is Michael Van Gerwen The Best Of All Time?

As Michael van Gerwen wrapped up his comfortable 16-8 victory over James Wade in the Grand Slam of Darts final last week to add yet another title to his swollen collection, he had wrapped up his 24th televised tournament final of the year, proving 2016 to be the year of the truly Mighty Mike. 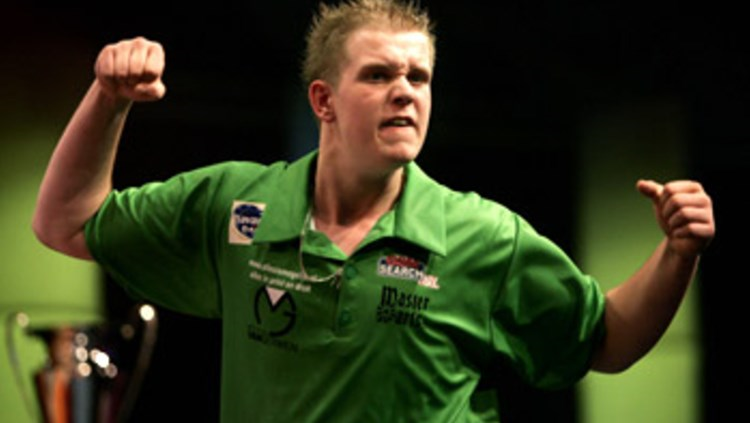 His list of achievements is endless, particularly when it comes to the majors where the 27-year-old now stands bald head and shoulders above the rest of the field. This year has been the culmination of a glorious decade for the Dutch sensation who still has enough time on his hands to overtake Phil ‘The Power’ Taylor as the sport’s finest ever, an accolade many have already paid to him.

It was ten years ago that the 17-year-old from Boxtel, Holland became the youngest player ever to win a major darts title when he took down the 2006 World Masters to add to the multiple tournaments he had also collected as a teenager.

One year later he moved up, sizing up the game’s number one, Phil Taylor, which for any other teenager would have been too daunting a task. No matter.

The 18-year-old Mighty Mike took down The Power in straight sets. This was achieved as part of a quite remarkable run to the final of the Dutch Masters of Darts tournament, where he went on to hit an incredible nine-dart finish against Raymond van Barneveld, the eventual tournament winner.

Throughout his senior successes, he was also thriving at youth level, where he reached two PDC Youth World Championship finals, allowing him to begin asserting his dominance on his peers.

In 2011, he was named as PDC Young Player of the Year, giving himself the confidence to make the following season his true breakout year. In 2012, MVG won seven Pro Tour events, hit a live televised a nine-dart leg on his way to Blackpool’s World Matchplay quarter-finals and scored his first major PDC title, the £100,000 World Grand Prix title in Dublin, that October.

He then made the final of the next televised tournament, The Grand Slam of Darts, where he perfectly executed a highly impressive 10-5 triumph over sixteen-time world champion Taylor in the last 16.

Having taken no time at all to rise to fourth in the PDC Order of Merit, MVG achieved automatic qualification for the Premier League of Darts which, of course, he won in a final against The Power as the pair began to lock up the sport, refusing to let almost any other player get a look in over the following few years.

The pair met again in the final of the 2013 Players Championship which, like so many others to come, went the way of the Dutchman. He finished the season by becoming the World Champion when he defeated Peter ‘Snakebite’ Wright in the final at the Alexandra Palace.

From there, he has grown into the sport’s domineering force as he picked up title after title in 2014 and 2015 before, this year he has won almost everything, virtually unchallenged. He has retained his Masters, Matchplay, European Championship, Grand Slam and UK Open titles while also claiming the Premier League for the first time in three years, among others. And, yet, despite this, he has only ever claimed that one World Championship back in 2014.

And it is this on which he will ultimately be measured in darting history.  While Taylor has won 84 major titles, which includes the jaw-dropping record of 16 World Championships, MVG is in receipt of 23 PDC wins and that one solitary Ally Pally win. This, while Adrian ‘Jackpot’ Lewis and Gary ‘The Flying Scotsman’ Anderson have two each. It would be a travesty if Van Gerwen collects only World Championship in his career, but we can’t really see that happening, can we?

The biggest event of the year begins in a matter of weeks and, if MVG is to challenge to The Power’s WC legacy, then he must start delivering at the Ally Pally. A tenner says he will.

Career honours in the PDC