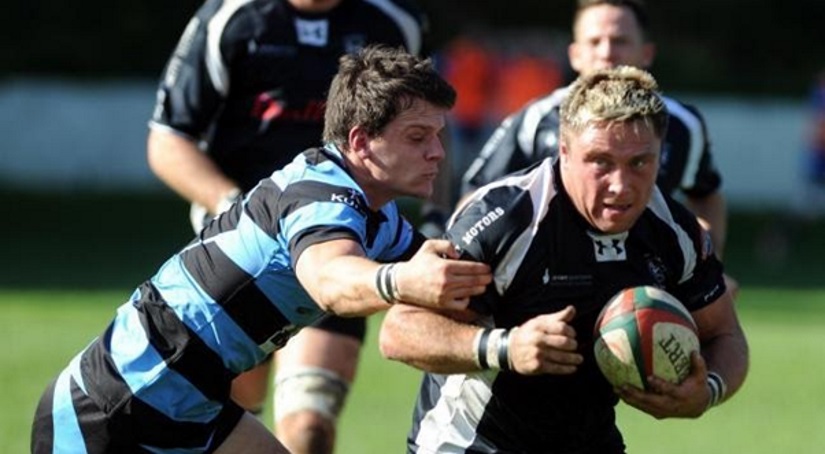 As recently as 2013, Gerwyn Price, known as The Iceman to darts fans the world over, was employed as a hooker for the lower league professional rugby team Neath RFC in South Wales. Earning as little as £25k a year, the player took a job working behind a bar of the local Welsh valleys rugby club Markham Welfare to make ends meet but never let go of his dream of representing Wales at senior level.

After leaving school at 16, Price represented Wales at every age group save for senior-level, while also carving out a playing career with Glasgow Warriors and Cross Keys, the latter of which he would get to represent at Cardiff’s Millennium Stadium. After more than a decade playing, and with injuries piling up, he finally contemplated walking away from the game he loved and leaving behind his dreams of making it as a pro-sportsman. Then fate intervened.

Despite not throwing a single dart since leaving school, Price would, on a quiet day in the bar, gradually begin to chuck a few darts at a board mounted on the walls of the bar before getting skilled enough to play for the pub at weekends, playing in a local League.

After winning a handful of tournaments locally, Price went down to a PDC qualifying school at the Robin Park Tennis Centre in Wigan on the advice of Welsh darts professional Barrie Bates and managed to bag himself a tour card. After securing his place at the UK Open in Minehead – the exact same venue of his first major televised PDC final two years later – the rugby player finally became the darter.

Despite not sharing much in common, rugby actually provided some transferable skills for the rookie chucker’s new discipline; composure, resilience and raising his game under pressure. Plus, years on the rugby pitch gave the would-be Iceman a physique out of step with his beer-bellied opponents. In 2016, he broke into the top 32 on the PDC Order of Merit.

Another thing that followed him from the pitch to the oche, was his aggression particularly in his knack of celebrating by bellowing at in the faces of his opponents. While such ferocity hasn’t always won him an army of fans, such emotion is commonplace in rugby and second nature to a rugby players, thus, to a degree, understandable.

Things reached a peak at the 2018 Grand Slam of Darts, when he beat double world champion Gary Anderson in a bad-tempered final to win his first major TV title. Anderson took issue with Price’s extravagant celebrations which set up his bad boy of darts reputation and the crowd sided with the Scotsman, raining down the boos on Price’s big moment. It would also prove to be a costly moment, as Price was issued the biggest fine in darts, some £21,500 which was later halved on appeal. The boos followed him into the new season, following him to every stop in the Darts Premier League, save for Cardiff naturally.

In 2019, Price repeated the trick, winning the Grand Slam of Darts once again, this time brushing aside the formidable world No 1, Michael van Gerwen, and in the process and banishing the hoo-doo that the dutchman held over him. A much-tipped victory at the World Championships at the Ally Pally in December wasn’t to be, however, as he lost out to Peter Wright in the semi-final.

It is clear though that the volume of dissent is getting lower tourney by tourney. Admitting that he wishes to put his rugby past behind him, Price is said to want to “park this rugby thing” and become known as a superstar darts player in his own right. With the new season kicking off with the Darts Masters in Milton Keynes this Friday, this represents the perfect opportunity to lay down a marker in the very first event of what could be a very big year for the would-be superstar darter from Markham.

Gerwyn Price is not the first professional sports star to switch sports and try his hand at a new and different discipline. Plenty of others have made the jump with various degrees of success. So, who else has tried it and how successful were they? 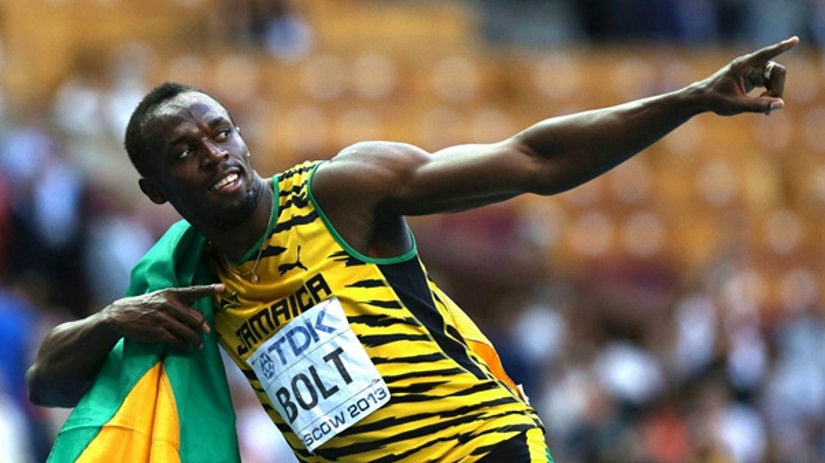 Having won everything in sight for almost a decade, eight-times Olympic champion, Jamaican sprint legend Usain Bolt decided to pursue his dream of becoming a footballer.

In 2018, Australia’s Central Coast Mariners gave him the opportunity to show what he could do with a ball at his feet. Not very much was the resounding answer after he made a 30-minute cameo appearance coming off the bench with The Mariners already 6-0 to the good with Bolt having very little effect. Soon after, he did manage a brace against the amateur side Macarthur South West United in a 4-0 win for the Mariners but, sadly, that world-famous stride that served him so well on the track was to prove incompatible with a football. 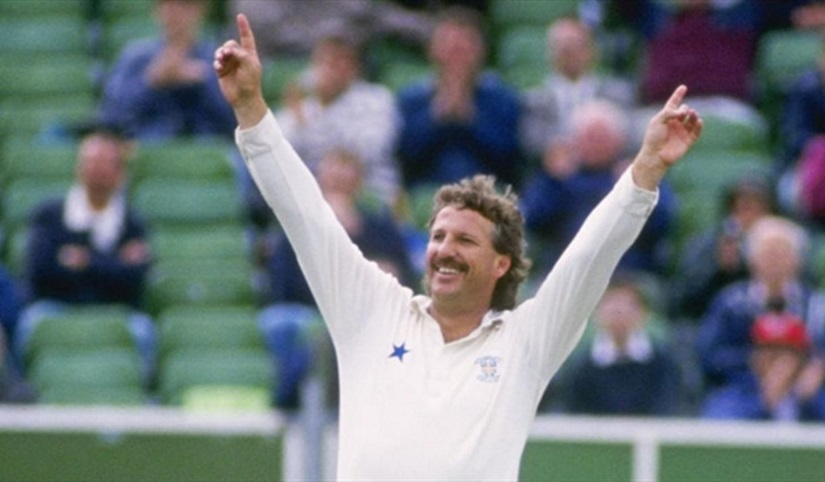 While Beefy might be synonymous with English cricket, many have no idea that he was, at first, a professional footballer. After his career peaked with lowly Scunthorpe United of the Football League, his decision to switch events would prove to be a wise one as Botham would go on to rack up more than 5,000 runs in 102 test matches, many as captain, at an average of 33.54 after making his test debut in 1977.

In 2009, he was knighted by the Queen, the same year that he was also inducted into the ICC Cricket Hall of Fame. 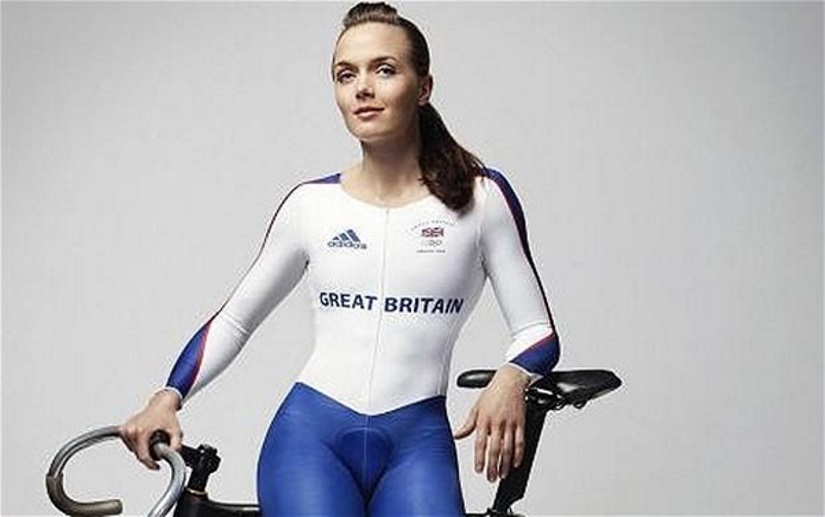 Olympic, World, European and Commonwealth champion cyclist Victoria Pendleton broke records in the Keirin for Team GB during the 2012 London games but within three years had announced her intention to become a national hunt jockey instead.

After winning her first race in March 2016 when she rode Pacha Du Polder to victory at Wincanton, she mounted the same steed two weeks later when they took a shot at the Cheltenham Festival where they could only manage a fifth place. Despite her haul of gold medals and broken records, Pendleton cites her time as a jockey as her biggest professional achievement. 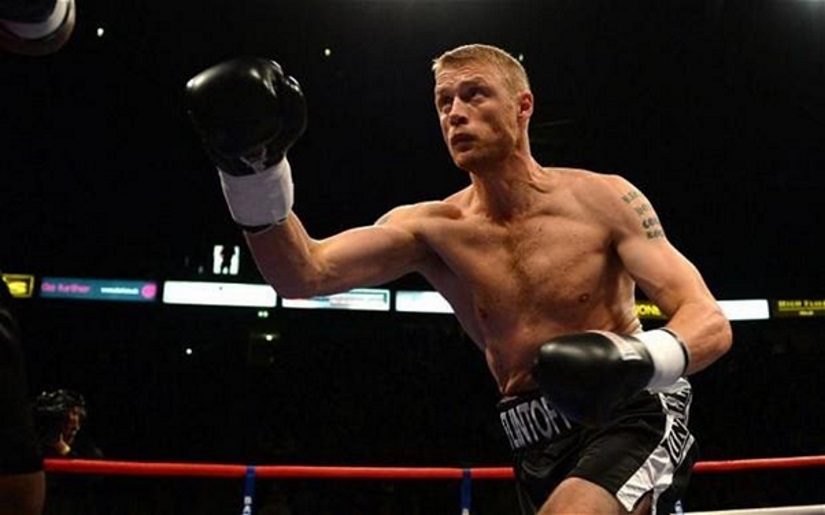 TV personality and former England International cricketer, Andrew Flintoff, better known as Freddie, has enjoyed a multifaceted career since retiring from cricket. One of the best all-rounders of all time, Freddie is, among other things, a presenter of Top Gear, They Think It’s All Over team captain, Australian I’m a Celebrity winner and fish and chip flogger and, to some, a one-time ugly baby.

He even had a gig hosting his own darts show, when he took the mic for the short-lived Sky One flop One Hundred and Eighty. In all, Freddie played 79 test matches and 141 One Day Internationals scoring more than 8,700 runs. After retiring in 2010, Fred trained as a professional boxer, winning his first and only pro bout against America’s Richard Dawson in November 2012 before going back on the telly. In December 2010, Flintoff became a guest commentator during a number of matches in the 2011 PDC World Darts Championship. 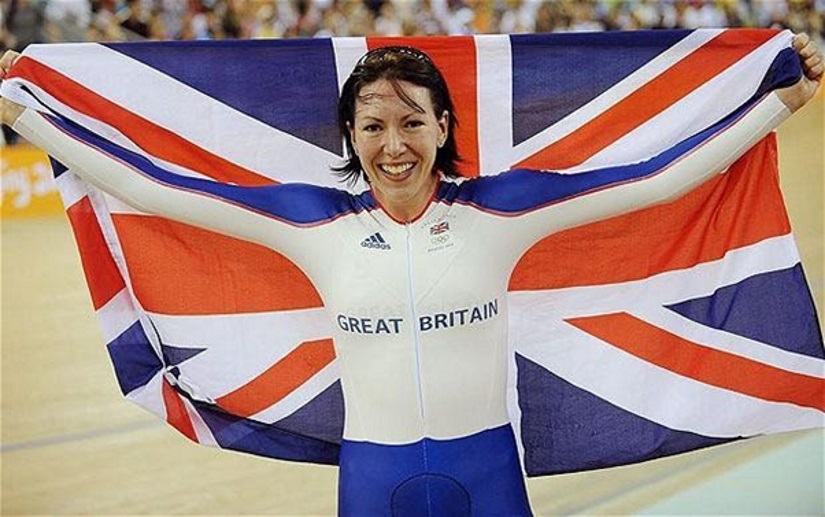 Romero picked up a silver medal at the Athens 2004 Olympics in the quadruple sculls and followed that up with the 2005 World Championships. A year later, however, a back injury forced her retirement after which she took up track cycling and won another Olympic gold medal, this time in the 2008 Beijing Olympics individual pursuit.

In doing so, she became the first British woman – and second woman of any nationality – to win medals in two different sports in the Summer Olympic games (German swimmer and handball player Roswitha Krause being the first). In 2019, she was rewarded the Member of the Order of the British Empire (MBE).