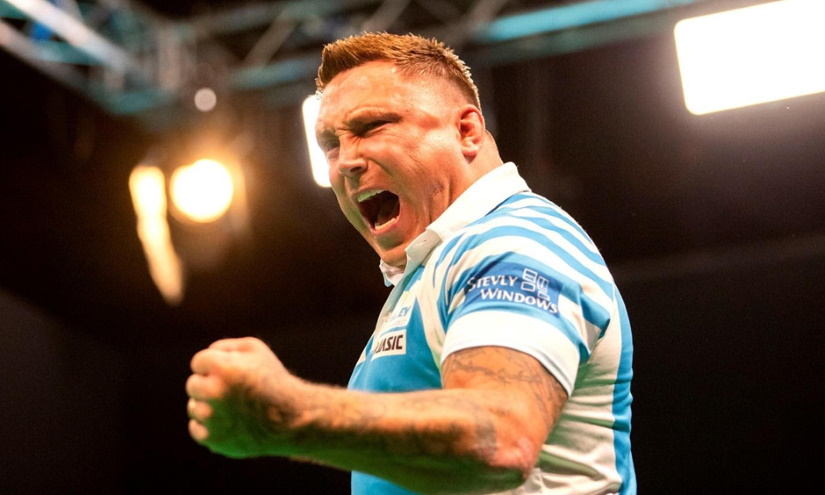 With the Darts Premier League on hold, there’s precious little to keep us all going here at BettingDarts Towers. That’s why, for those missing their weekly or more dose of tungsten we’ve coupled each Premier League darter to an English Premier League team – also on hold – equivalent. And why not? For two such differing sports, it’s pretty weird just how many similarities there are between the biggest names in both games. 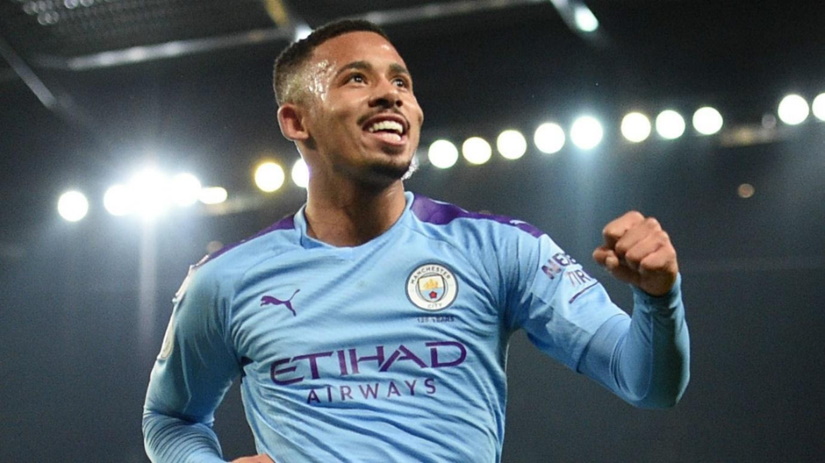 Why? Because both just keep on winning regardless

Despite both coming under increasing pressure from rising rivals, both Michael van Gerwen and Manchester City continue to robotically win trophies and tournaments without playing anywhere like their best. Like City, Mighty Mike has the talent to blow opponents clean out of the water when playing at the top of his game but can be got at from time to time.

I mean, City is lagging by 25 points in their domestic campaign. I guess, after winning as many tourneys as he has, MVG must be the richest player in darts, while the same statement is most definitely true of the Citizens, owned as they are by Abu Dhabi sheiks but it’s the routine winning of trophies that makes these two undeniable bed buddies. 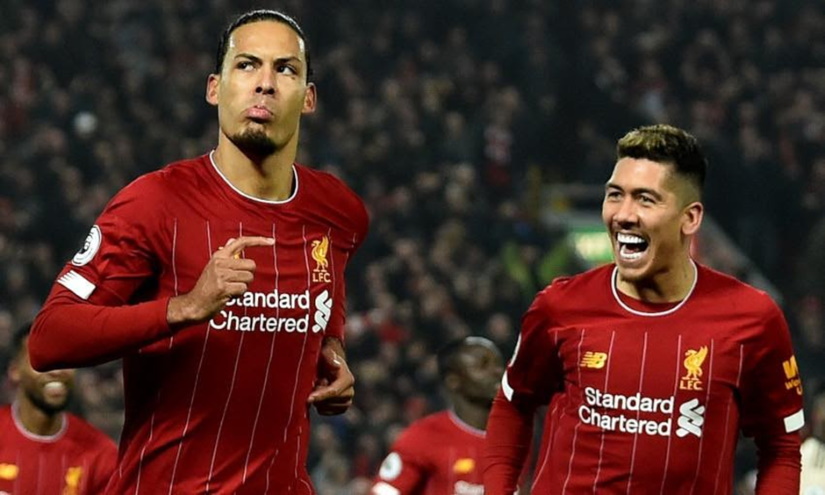 Why? Because both keep upsetting the favourites

Over the past year, Gerwyn Price has stepped up to be Michael van Gerwen’s closest challenger and create the best rivalry in darts right now. And, despite the long wait, he will surely claim more titles before long than just his two back-to-back performances in the Grand Slam Darts. Likewise, Liverpool is a shoo-in to end its incredibly long wait for Premier League victory.

At the time of shutdown, they are/were 25 points clear at the top, which is pretty conclusive. Of course, this win would add to the success they have enjoyed in the European Champions league where they too have taken part in back-to-back finals, winning the second of these last summer in Madrid.

There were times over the past 12 months that The Iceman was playing like the world’s best, surpassing the darts chucked by MVG — Liverpool has definitely outplayed City over the same time period. This rivalry between the two players and the two clubs has become something epic, all the more given that MVG and Man City both collect trophies for fun, but is their time nearly up? 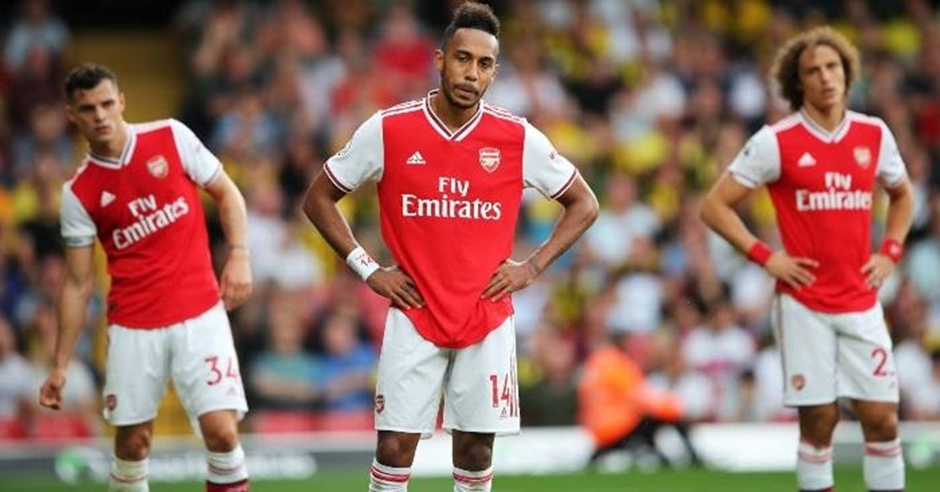 Why? Because both are erratic but brilliant

Erratic but brilliant on his day, it’s hard not to draw a comparison with Peter Wright and Arsenal. Snakebite has been a constant among the elite for years now but for all that participation doesn’t have enough to show for it. Of course, he is the reigning world champion so there’s that, but at 50, he would surely like there to be more, much more. The Gunners and Snakebite are also both more than familiar with change.

Arsenal are now on the second manager in as many seasons while Snakey took an age to settle on his Red Dragon darts of choice, ones that bought repeated success literally from the first day of the year. He is of course famously popular among his fellow darters — as well as with the fans — whereas The Gunners, well, not so much. There remains an unexpected air of silliness and brilliance about both team and player that we can’t ignore. Not for this piece anyway. 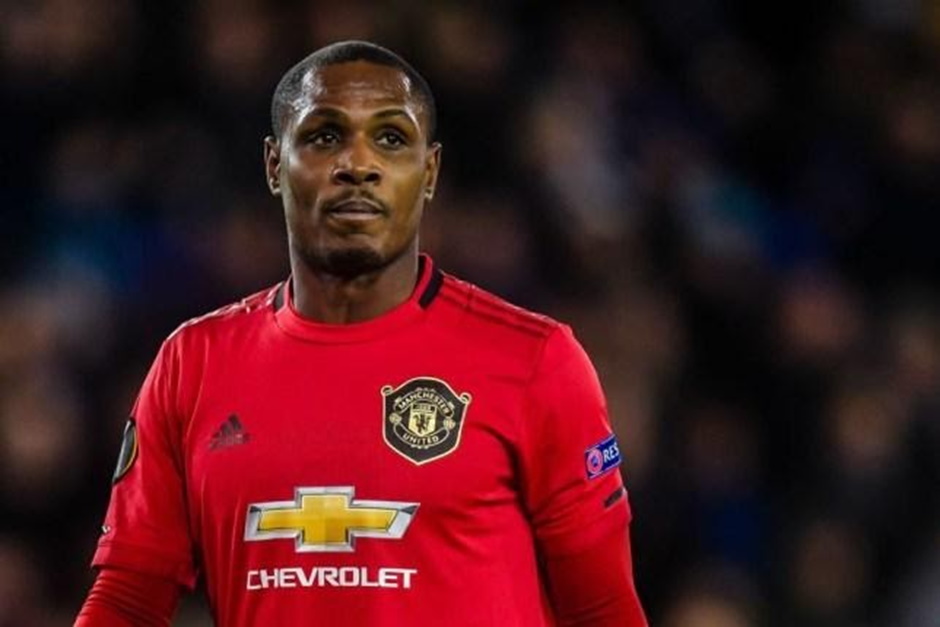 Why? Because both have their glory days firmly behind them

Shadow of his former self, The Flying Scotsman’s obvious comparison has to be Manchester United, the second most successful team in English football. United these days have the feel of a busted flush about them, wasting millions to stay relevant and hoping for an unlikely place in the top four. Gary Anderson might not be finished just yet, as indeed Manchester isn’t, but his glory days when he was twice-world champion look a long way off now.

Similarly, United’s Premier League dominance feels like a lifetime ago. Both Anderson and United have a huge fanbase and remain a glamour draw for an opponent, but they were also at the peak of their powers some time ago now. While both will still hope to roll back the years and add to their trophy cabinet, these days they are entering competitions in hope rather than expectation. 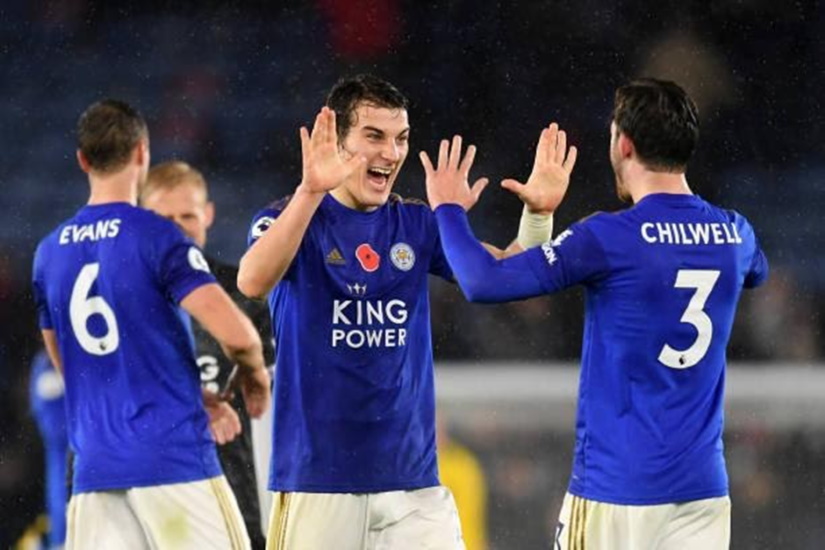 Why? Because both were surprise winners no one saw coming

When Rob Cross became world champion in 2018, he had only turned pro 12 months earlier. Similarly, Leicester City, who is not one of the glamour teams, was crowned Premier League champions in 2016 despite barely avoiding relegation from the competition on the last day of the previous season. The Foxes were 5,000/1 at the start of the season, something one silly punter put money on only to cash out on the first day season.

No one had put money on Voltage to win the big one, indeed not many had even heard of him, but win he did. Leicester are actually going well again this year, not well enough to win, but European qualification looks well within their grasp. On the dart’s front Voltage took last year’s World Darts Matchplay in Blackpool proving his win was no flash in the pan either. 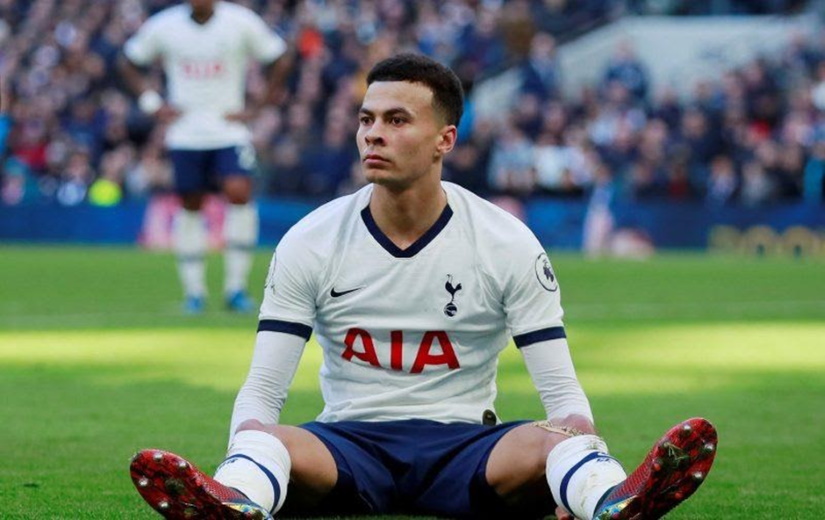 Why? Because both never quite manage to nail down a trophy win

Routine runner-up Michael Smith’s career has that always the bridesmaid feel to it and Spurs, well they did run Leicester close that one time. To be fair, Tottenham did make the final of the Champions League last season but alas, their biggest night in 60 years lost all hope in less than a minute when they fell behind to Liverpool never to recover.

Just like Spurs, Smith has been on the losing side far too many times and is yet to capture anything worthwhile. But, both are packed with natural ability and skill that surely their talent will win out and a reward will be forthcoming before long. You could even say that Bully Boy at his sharpest when facing a treble twenty might be considered to be as sure a thing as Harry Kane from six yards out. 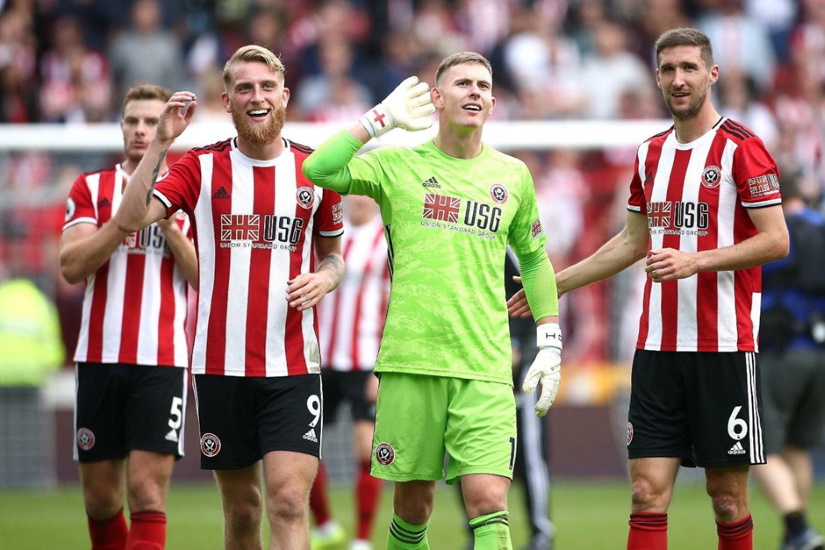 Why? Because both are the surprise package, new to this and handling it like one of the regulars

The Asp is playing his first Darts Premier League this year and has already beaten the likes of MVG on his way to a higher spot. Sheffield, on the other hand, only came up into the top flight this year. Despite the lowly status, they are only a matter of points away from a miraculous top-four finish.

Under Chris Wilder’s leadership, The Blades have gone from strength to strength, which comes as no surprise to anyone paying attention while Nathan Aspinall has made two semi-final runs at the PDC Darts World Championships in the past two seasons. He also been promising big things for a while now. Both look increasingly close to delivering. 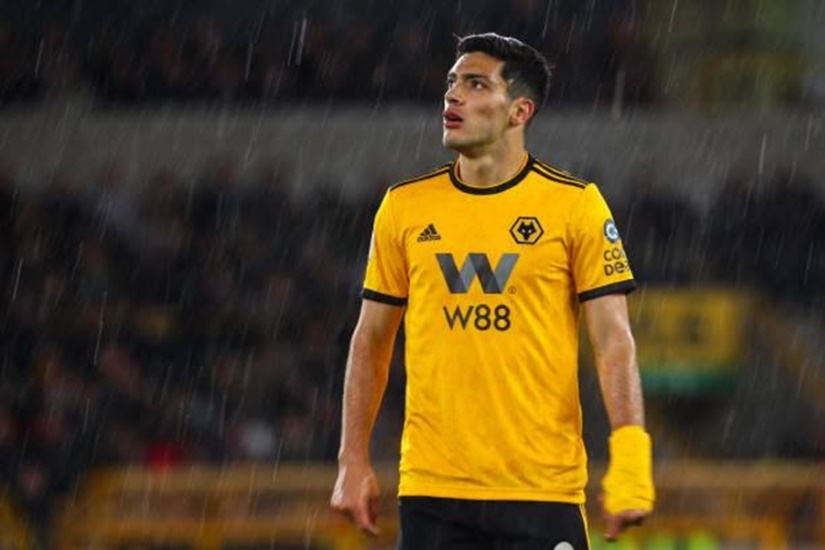 Why? Because both dominated in the previous divisions and are now holding their own in new esteemed company

Both Wolves and Duzza are enjoying their second season in new company. Duzza joined the PDC last season after beating all before him in the BDO, while Wolves trounced the opposition in the EFL Championship before gaining promotion to the Premier League at the start of last season.

How are both dong now, a year into their new surroundings? Well, surprisingly well actually. The Wolves are only five points away from Champions League positioning and you wouldn’t bet against them capping a brilliant season by nicking a spot in with the elite of European football next season. Mirroring, this Glen Durrant is top of the Darts Premier League at the point of shutdown and was performing better than anyone else. 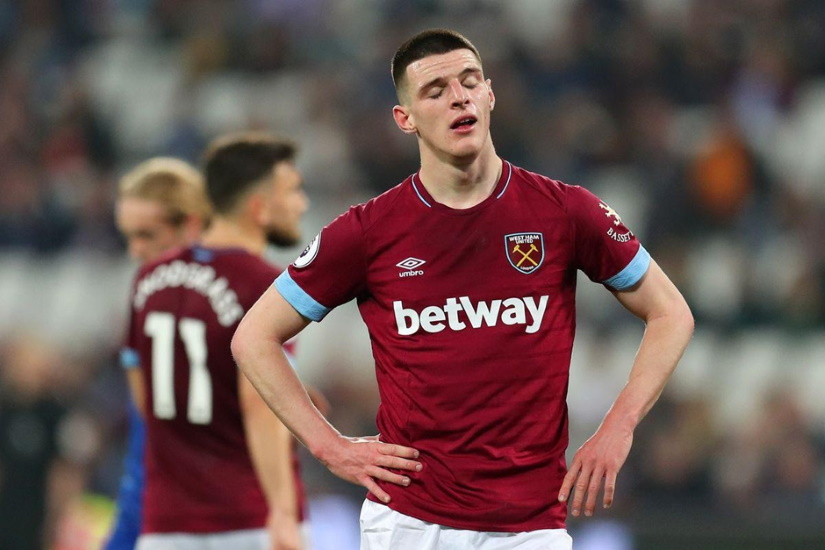 Why? Because both seemed resigned to relegation

Both team and darter are currently occupying a place in the drop zone and neither are showing any signs of revival nor do they look like doing so anytime soon. At least not in time to avoid relegation, or in the case of Superchin to avoid Judgement Night, whenever that will now be. The Hammers, of course, still harbour lofty ideas of finishing in the money spots in the table but look further away than Gurney. who although he has suffered a hideous Premier League campaign so far and is still winless, has at least won a title – Players Championship in 2017 – in recent memory.

Plus, they both have distinctive walkout tunes, Sweet Caroline for Superchin and Forever Blowing Bubbles for East London’s Hammers who now call the 2012 Olympic stadium home. At this point in time, not forgoing the COVID-19 shutdown, both seem destined for failure.