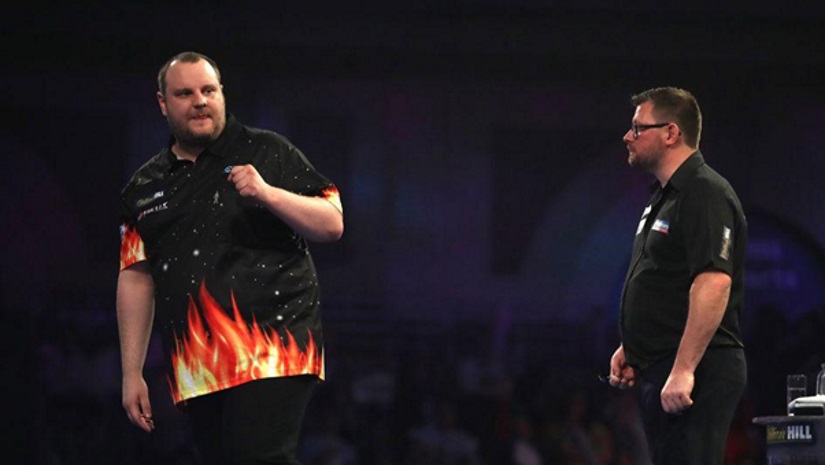 In a tournament that has already produced a number of shocks, Friday afternoon’s session threw up yet another as 1000/1 shot Ryan Joyce stunned James Wade to reach the World Darts Championship quarter-finals. This result, which came about after the longshot had survived five match darts from Wade, is the latest unexpected result at this year’s dramatic tournament at the Alexandra Palace.

33-year-old Joyce is making his Ally Pally debut having only joined the PDC Tour at the start of the season and missed two match darts at the double eight before Wade blew three shots at the same target to give the rookie a second chance, which this time he took. The Newcastle native has now overcome Anastasia Dobromyslova, Simon Whitlock and Alan Norris, which has seen his outright price cut dramatically to 66/1 with Betway.

Elsewhere, Nathan Aspinall produced a 13-dart leg against the throw to bank his place in the quarter-finals following a 4-3 victory over Devon Petersen. Aspinall, who is currently 33/1 in from 300/1 prior to the tournament, will now fancy his chances in the quarter-finals against 40/1 shot Brendan Dolan, who made certain of finishing in the final eight after beating Benito Van de Pas 4-1 a round earlier.

Friday night’s final match saw the end of Rob Cross’ defence of the title he picked up this time last year. Voltage threw away a two-set lead over Luke Humphries, who rallied magnificently to draw level before taking the lead and finishing a 4-2 winner. Humphries, who started the day at 40/1, has now seen his price chipped in with Betway to 20/1.

One player who survived a scare is second favourite Gary Anderson, who fought back from 2-0 and 3-2 down to defeat Chris Dobey. The Flying Scotsman had survived a match dart in his previous game against Jermaine Wattimena and needed to cling on once again. In the end, he took three successive legs to claim his first set. After surviving Dobey’s bullseye dart for a fifth leg checkout, Anderson took charge of the game to make the last eight, where he will meet Dave Chisnall after Chizzy beat Jamie Lewis in straight sets on Friday night.

Finally, Michael van Gerwen averaged 108 for a 4-1 victory over two times World Champion Adrian Lewis in a match that, despite the one-sided scoreline, would have given Jackpot some hope for the future. Although bettered by the world’s best player, Lewis averaged over 100 and hit 10x 180s in an impressive display in which he also managed to win 10 of the 24 legs played.

Michael van Gerwen is the short-priced favourite at 4/5, while second in the betting Gary Anderson is available at 10/3 with Betway. The same online and mobile bookmaker are also offering 5’s on Michael Smith, 7’s on Rob Cross and 25/1 for Dave Chisnall.

A schedule for the remaining eight is as follows: