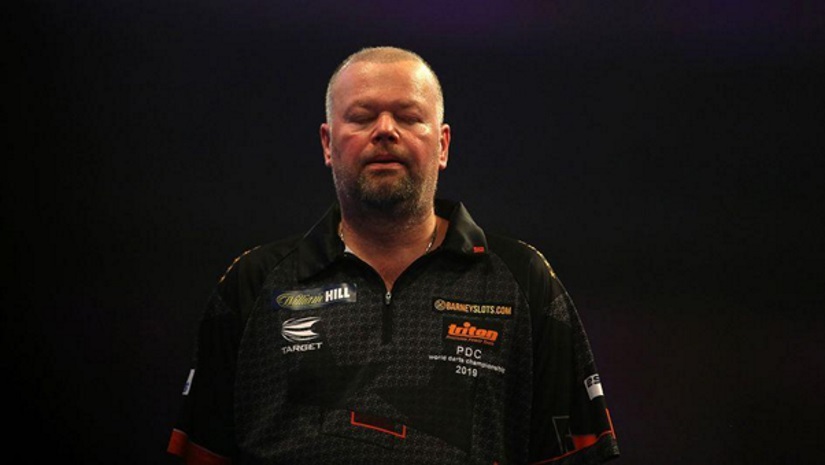 Raymond van Barneveld’s retirement year took a tricky turn on Monday as the five-time PDC & BDO world champion went out in this year’s second round at the Ally Pally.

In losing 3-2 to Darius Labanauskas, Barney has now dropped down to a provisional 26th on the Order of Merit and faces a tough test to make next year’s majors. It’s a sad way for the former number one to professionally bow out, but the Darts World Cup aside — which he won alongside Michael van Gerwen —  it’s been a largely miserable year on the circuit for the Dutchman.

For Barney to follow in Phil ‘The Power’ Taylor’s footsteps and have a successful send off, the 51-year-old now needs to do well on both the Pro and European tours in the new year. Barney certainly deserves a decent goodbye too, having won four BDO titles at the Lakeside before claiming the PDC version within 18 months of switching codes back in 2006. He went on to win two UK Opens, one Darts Premier League and one Grand Slam of Darts among many other notable victories.

Elsewhere, Michael van Gerwen took to the oche wetter than usual after one silly crowd member threw beer all over the world number one during his walkout for his opening match against Alan Tabern. Understandably upset, the Dutchman returned backstage to compose himself before returning to the stage where he beat his English opponent 3-1 in the second round. 29-year-old Mighty Mike is now 11/8 to win outright at Betway.

One leading darter who is now out of the betting is Peter ‘Snakebite’ Wright, who was knocked out on Sunday night as Spaniard Toni Alcinas pulled off a surprise 3-1 victory. The world No 3, who was dressed in matching Santa Claus outfit and trademark mohawk, lost the first two sets and never really recovered before being eliminated early from this year’s competition courtesy of a 3-2 defeat. Earlier on, Dave Chisnall fought back from two sets down to beat Josh Payne, while the first-ever female player in the PDC World Championship, Lisa Ashton, went out her first time, losing to Jan Dekker of The Netherlands 3-1.

The second ever lady entrant, Russian Anastasia Dobromyslova, didn’t fare any better, herself being shot down by Ryan Joyce in straight sets. World number two, Gary Anderson eased through his first match, winning 3-1 over Kevin Burgess in the second round. This after Burgess ruined Aussie Paul Nicholson’s return from a three-year absence with a 3-0 first round victory. The same scoreline was enough for Daryl Gurney to overcome his second round match against Ross Smith, while reigning champion Rob Cross beat Jeffrey De Zwaan by three sets to one.

James Wade came out on top after a five-set clash with Seigo Asada, but the victory was soured by accusations of bullying. The Machine added a bit of needle to the match and admitted afterwards that he “wanted to hurt his opponent in his face” and set out to do just that. Earlier on Wednesday, Michael Smith got his championship up and running with a 3-1 victory over Ron Meulenkamp. Yet to drop a set, Ryan Joyce, fresh from eliminating Anastasia Dobromyslova, whitewashed the eighth seed Simon Whitlock 3-0 as his brilliant debut campaign continued. Joyce is now ranked as 300/1 to win outright at Betway.

Week 2 and the latest betting lines

Tonight, sees Mensur Suljovic and twice winner here Adrian ‘Jackpot’ Lewis kick off their campaigns, while Gerwyn Price gets underway on Friday, all of which has had the following effect on the outright betting for this year’s championships. Gary Anderson remains second favourite as we go into the second week. Betway have placed a 10/3 price on The Flying Scotsman’s head to achieve success here. Following Peter Wright’s elimination, Michael ‘Bully Boy’ Smith moves into third position in the betting, and can now be picked up for 10/1, one point lower than Rob Cross’ 11/1. Mensur Suljovic is available at a generous 18/1, while Gerwyn Price, who gets underway on Friday, is at 20’s.