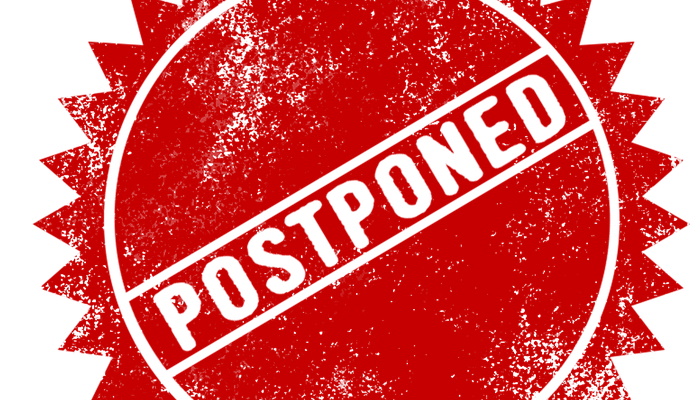 This week’s upcoming Darts Premier League night at the Utilita Arena in Newcastle will not be taking place. Instead, Newcastle’s evening has been rescheduled for Thursday, October 1. The decision to postpone Thursday’s event was taken by the PDC after the UK Government restricted all non-essential social contact and removed emergency service support for mass gatherings.

The rescheduling of the Newcastle night means that the North-Eastern city will now host the end of season playoffs, originally scheduled for London’s O2 Arena. It also means that Newcastle becomes the third Darts Premier League night of the 2020 season to be postponed after last week’s announcement that double Dutch headed in Rotterdam has been rescheduled for September 9-10.

With the season on lockdown, we can take a quick look at the table as it stands for what we hope will only be two weeks. This, though, seems unlikely. While last week’s Cheltenham Festival went ahead as planned, the Grand National at Aintree has been canceled as has all horse racing in the UK. The Premier League (football), for which Liverpool are 25 points clear, has penciled in a date of April 3 for a return but this too seems ambitious, particularly given UEFA’s decision to postpone Euro 2020 for a whole year to allow for football’s domestic seasons to resume and complete.

As we stand, the table of the suspended Darts Premier League looks like this.

One of the great modern-day darts rivalries lived up to its billing last Thursday in Liverpool as Michael van Gerwen and Gerwyn Price stepped out to provide some quality darts. Just as he has when they met four days earlier in the UK Open final on Sunday, the Dutchman just about emerged the winner of a tight contest.

This time, the world number one won three legs on the trot to claim a 7-5 victory, after the first 10 legs of the match, all went with throw. The break finally came in the 11th leg with an MVG 12 darter. Mighty Mike needed to be at his best against The Iceman and posted an average of 106.27, his highest of the Premier League season so far.

In true Iceman style, Price added a bit of controversy into the mix when he released a dart early while MVG was still picking his out of the board causing the Dutchman to duck or nearly catch one in the head, which led to a frosty fist bump – no handshakes – at the end of the contest.

The night opened with an impressive display put on by Peter Wright as he outclassed Michael Smith who had been going well in the Darts Premier League before then. The world champion averaged 100.78 compared to his opponent’s 94 and ran out a relatively comfortable 7-4 winner.

Snakebite’s high quality finishing allowed him to power into a 5-1 lead. Bully Boy finally came to life in the seventh when he threatened an unlikely comeback after he won three of the next four legs. While it shortened the margin of defeat, it was merely delaying the inevitable as Snakebite closed out the match with an impressive ten darter.

Daryl Gurney’s nightmare Darts Premier League season continued on Thursday as he failed to win again, this time suffering a 7-5 victory defeat to Glen Durrant who must be loving his dream debut season. Although, the three-time BDO world champion was unable to land a single maximum in the match, his finishing was hot enough to see him home, pinning seven from eleven shots at the double.

Superchin opened the match with a decent 144 checkout but then fell 6-3 behind. He soon recovered tough and fought back to force a deciding leg. Duzza finished things off with a 14 darter which guarantees he goes into the unwanted break in the season top of the pile, while Gurney remains winless at the bottom.

This week’s local contender Stephen Bunting became the sixth challenger to manage a Darts Premier League draw as he took the deciding leg in his game against Rob Cross, denying Voltage a much-needed victory. The Merseysider had, at one point, engineered himself into a 4-1 lead only to see Cross fight back by taking four legs on the spin to move ahead. From there, the following two legs went with throw before Cross missed his effort at double 18 that would have given him the points but instead let The Bullet back in where he held his nerve to nick a 6-6 tie.

In the final Darts Premier League game of the night, week, month and possibly even longer, Nathan Aspinall showed plenty of guts and spirit to fightback from 5-1 down to rescue a point and draw with Gary Anderson. While Aspinall had the steel to fight back, he really should have taken the first leg which would have made for a very different story.

Instead, her missed seven darts at a double to break the Flying Scotsman, who himself wasn’t at his best either but looked good for the win when his 87 checkout put him two legs in sight of victory. It was then that The Asp sprang into life, reeling off four legs on the spin while landing four 180s at the same time. Aspinall nearly took the next leg too but Anderson grabbed it with Aspinall waiting on tops. The Asp got his finish in the next as the pair split the points.