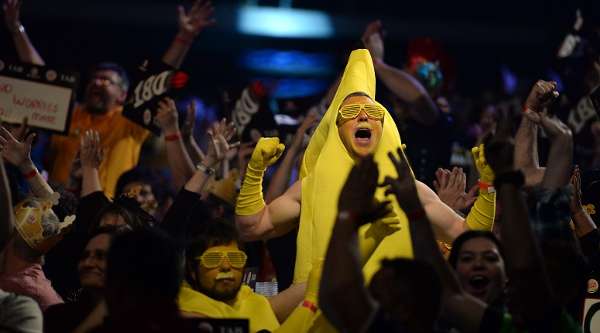 Scotland’s World Champion Gary Anderson roared to victory in New Zealand last weekend to claim his second World Series of Darts title of the season so far in back to back wins.

The Musselburgh born player gave an outstanding performance in Sunday’s final where he defeated reigning champion Adrian Lewis 11-7, having checked out 50 percent of his darts at double in the semi-finals earlier on the same day.

Having won last month’s Dubai Darts Masters title, Anderson followed things up in Auckland to make quite a run of awards for “The Flying Scotsman” over the last two seasons. Crowned world champion both this year and last, he also took home the 2015 Premier League of Darts trophy for the second time as well as finishing as runner up in the same year’s European Championship. On that note, Skybet have the player at 13/2 for the World Match play one month from now, which may well be worth some consideration.

On his route to the final, Anderson, 45, had beaten off challenges from New Zealand’s local lad Bernie Smith and countryman Peter Wright before meeting up with Raymond van Barneveld, whom he excellently saw off 11-7.

Once at the final, he summoned the very best of his ability to stage another performance of top level darts to take down the Englishman Lewis. In front of a thrilled Trusts Arena crowd, it was Anderson who banked eight 180s and took full advantage of Lewis’ dropped doubles ensuring the cup stayed north of Hadrian’s Wall.

Early doors however, it was Lewis that had looked the sharper of the two plan finalists. Indeed, the Stoke born player had the narrow early advantage as the pair shared out the opening six legs before “Jackpot” dropped several checkout doubles, misses that Anderson duly seized upon by finishing with 68 on double ten to break for the first time. Before long, the Flying Scotsman was in full flow, taking out two tops to open up a two-leg lead. Anderson, dug deeper still and clawed back into contention with a 121 on the bull but it couldn’t stop Anderson winning the following two sets to lead 7-4.

Lewis isn’t one to take things lying down and, never shirking responsibility, fought on, responding a third dart double nine wholesale jerseys and a 150 checkout to bring things closer at 7-5. With two magnificent 180s, it took just eleven darts for Anderson to take the next leg and widen the gap further still. Lewis had one more set left in him, wholesale jerseys but at this point was on his way to defeat which was all but confirmed by a miss placed shot at double 12 for a much needed 144 checkout.

Taking his chance superbly, Anderson wrapped things up with 86 on the bull for a 10-7 lead, including an astonishing eighth 180 of the Screen contest, which set up a double ten finish for title victory.

Afterwards Anderson had this to say:

“I’m absolutely delighted and I enjoyed this week. Adrian has played brilliantly too. He was great against Phil Taylor and he’s a very good friend of mine, and up on stage we try to have some battles – and the 180s and 140s and doubles came together tonight. Adrian missed a few of the big checkouts but that’s darts. It’s been absolutely brilliant and the fans have been fantastic. I loved it in New Zealand last year and again this time.”

In an unwanted record for Lewis, it was his second successive defeat in a World Series of Darts final but can be pleased with his efforts all the same which had, earlier on the tourney, allowed him to see off James Wade wholesale nba jerseys in the semi, with a high scoring 11-9 win that included Taylor a blazing dozen maximums before coming from 7-6 down to claim five of the final seven legs.

Such was the standard of play at the event that, in all, a aus ridiculous total of 108 maximums landed across the fifteen matches. Anderson himself posted eight of these, while his average of 111.37 is the Tips second best in World Series history. Darts Dutch legend Raymond Van Barneveld also played well before elimination in the last four, landing six 180s and achieving a 104.85 average in his match up with Gary Anderson.

The players now pick up their darts and head over to China for the Shanghai Masters, part of the same World Series and where Gary Anderson, having won the previous two events, will be shooting for three in a row. He will be competing against seven of the qualifying eight (himself being the eighth) who are made cheap nba jerseys up of all the usual names; Michael van Gerwen, Adrian Lewis, Phil Taylor, Peter Wright, James Wade, Raymond van Barneveld and Dave Chisnall.

Same as last week, the sixteen player event, this being the inaugural Shanghai hosting, will see the rest of the field made up from locally sourced and invited quartet of members which in this case are Singapore’s Paul Lim, China’s Yunfei Jiang and Hong Claim Kong pair Scott Mackenzie and Ting Chi Royden Lam, with the final four places to be won in Friday’s qualifier in Shanghai, after which the tournament’s draw will be made.

Then, on Saturday June 25th things get underway at the Pullman Hotel Shanghai South with the semi-final and final to be played on the Sunday.

For anyone interested in watching the event, coverage in the UK will be shown on ITV4 from 6.30pm BST.

For future reference, the original PDC World Series was launched in 2013. At the time, this was little more than the PDC’s top eight players sent to play in Dubai and Sydney in order to make the game more accessible for a global audience.

As darts has grown in popularity, the following three years has seen the participating nations swelling into six with the fixtures laid out as follows: