Dutch Delight For Peter Wright In the Darts Premier League 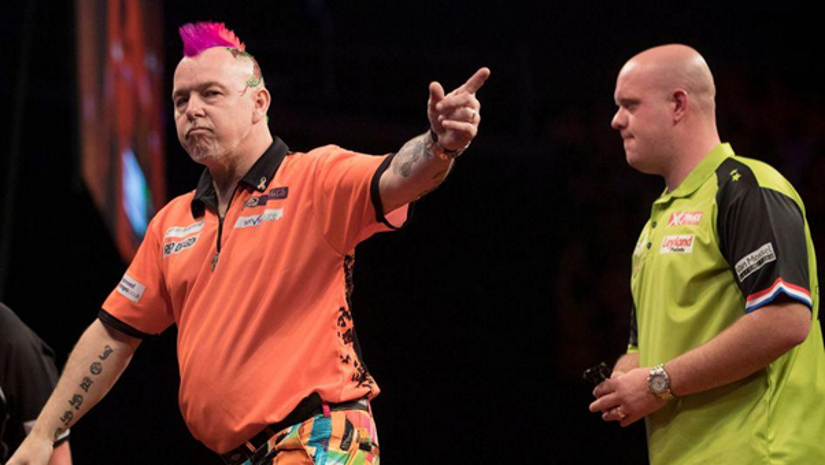 But first, we have a quick recap of last night where Gary Anderson produced an excellent performance that saw him beat Michael Smith 7-2 in the night’s opener. The Flying Scotsman posted an average of 109.92, hit four 180s and nailed seven doubles from 10 attempts to help him finish the night in third place, which he achieved after defeating Rob Cross in his second match of the night and the last of the evening.

Anderson beat Cross by 7 legs to 3 but Voltage ended the night in second place due to his earlier win over Daryl Gurney. Winning by 7-4, Cross moves above Michael Smith in the table and has now won eight out of his last nine.

Raymond van Barneveld gave the 10,000-strong Rotterdam crowd what they wanted after he posted a 7-3 win over Simon Whitlock. Averaging 100.96 with four 180s, Barney was back to his brilliant best in his homeland.

Oh, and Peter Wright beat Michael van Gerwen. Yeah, sorry about that, did not see that one coming. That said, it was pleasing to see Snakebite playing well at long last as he won out the 7-5 winner in front of a partisan Rotterdam crowd, even if he does stay rooted to the bottom of the league. Even in defeat MVG looked good, landing a late double double but it wasn’t enough to prevent his four-point lead at the top being cut back to two.

Mighty Mike will have the chance to bounce back in front of the Rotterdam fans when he takes on Raymond van Barneveld in Thursday’s fourth match. After last night’s shock defeat to Peter Wright, MVG will surely be stinging and would be expected to post a victory in this all Dutch thriller. The night opens with Simon Whitlock taking on Michael Smith. I’m siding with Smith to come out on top and give his chase for a top four spot a boost. After all he has done this season, it would be a tragedy if he missed out now.

Gary Anderson is now going great guns, and I would expect him to see off Daryl Gurney, who also faces Whitlock in the last match of the night. It’s a close match-up but also one I see Superchin taking so I’m picking the Northern Irishman to come out on top. But I’m less sure of Rob Cross versus Peter Wright in the third. Everything is telling me that Cross, now back to his best, is the sure-fire winner here. But Wright is nothing if not predictable and after beating MVG for the second time this season 24-hours earlier, might be about to make a late charge up the table. Your call. For the record, I’m picking Cross though.