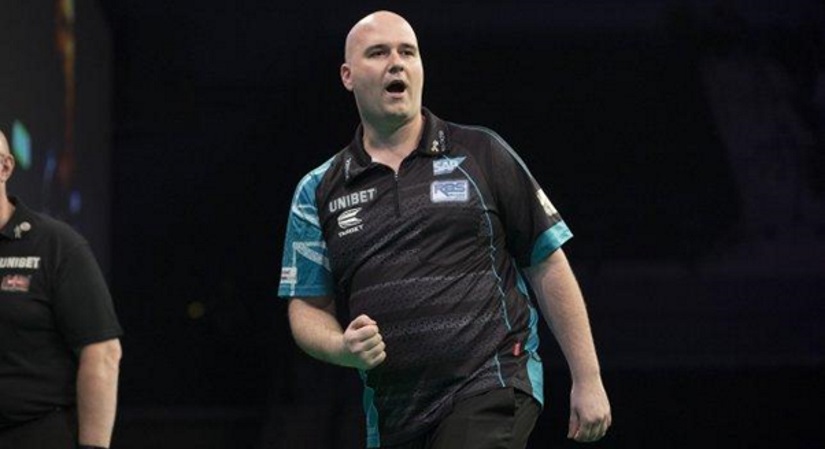 Michael van Gerwen kept up the pressure on top of the table Rob Cross, after hammering Michael Smith 8-3 at Liverpool’s M&S Bank Arena on Thursday night. Mighty Mike averaged 109.11 in a contest that was a repeat of last year’s final and soon, racinginto a 4-0 lead. Smith finally entered the contest in the fifth, striking back with the first of two 12-darters, the second of which only came after MVG had collected an additional two legs for himself. There was one more leg for Bull Boy before MVG sealed the win with checkouts from 76 and 80 to keep the heat on Cross before their top of the table clash this week.

It’s Voltage who remains in first place after defeating Peter Wright 8-5 despite suffering from a recent bout of tonsillitis. Having pulled out of Sunday’s Players Championship event, there were fears that the Hastings thrower would also miss out in Liverpool. These concerns proved unfounded, much to Snakebite’s misfortune, who now finds himself one off the bottom. Cross averaged 102, the eighth time in 11 matches that he has recorded a three figure average, while Wright banked just over 100. Cross took out 140 as he marched into a 3-0 lead and before long found himself up 6-2 after he finished with 105. Snakebite threatened a comeback by taking three of the next four legs before Voltage sealed victory with an 11-darter. The 2018 World Champion has now won seven out of his last eight games to retain his cushion ahead of Michael van Gerwen as he moves closer to securing a playoff spot.

Gerwyn Price moved into a playoff position after leapfrogging Mensur Suljovic in a poor quality affair in which neither player averaged higher than 90. Hitting just two maximums each and failing to produce a checkout above 100 between them, this scrappy match was one to forget. Stretching his unbeaten run to three, The Iceman won’t be too bothered as The Gentle’s challenge begins to fade after a poor couple of weeks for the Austrian who was this week shot down 8-5. After falling behind 3-0, Suljovic struck back with four legs on the trot before Price reeled off four of his own. Then they split the final two legs to give the Welshman the points.

Third place in the table belongs to James Wade after he bagged a point courtesy of a 7-7 draw with Daryl Gurney. The Machine was forced to fight back from two down on three separate occasions when at 3-1, 4-2 and 5-3. But after hanging in the game he looked the more likely to emerge victorious as Gurney needed to take the decider to draw level, something he achieved with a superb 10-darter. Wade averaged 90 compared to 104 from Superchin, who will regret his eight missed doubles in one leg while ahead 5-3. That was where the game turned as Wade took three legs on the spin before Gurney hit back with an impressive 11-darter.

Following his draw with James Wade, Daryl Gurney has continued to stutter in recent weeks but should get back to his winning ways this week in Cardiff. Superchin lines up against Mensur Suljovic, who came off worse in a scrappy match last time out against Gerwyn Price. Neither player is currently in the top four, and in truth neither look as though they will be unless they find form and soon. There are only five weeks remaining, but going by past results, Suljovic has lost both Premier League meetings with Gurney, a record that will likely be stretched to three.

Match two is the big one, Michael van Gerwen versus Rob Cross in a meeting of the top two. Mighty Mike is unbeaten in four matches and easily pushed aside Michael Smith last week. If anything, it was MVG’s best performance in the league so far this year, which is good timing as he takes on Voltage who is also in the form of his life right now. Overall, Cross has a poor record against Van Gerwen, save for the 2018 World championship semi-final. The Dutchman has won 13 of their 16 meetings, winning all four of their Premier League showdowns, so the smart money goes on him.

Next out are Gerwyn Price and Michael Smith with The Iceman expected to bully the Bully Boy in front of his home crowd. The Welsh former rugby player has responded to a run of three straight defeats with a three match unbeaten run, including almost toppling MVG a fortnight ago and beating Suljovic last week. Smith, on the other hand, has been poor all year and is now a point adrift at the bottom of the table. Last year’s runner-up has won 12 of their last 17 matches, but Price is in form and will, for once, be cheered by an enthusiastic home crowd in Wales.

The night’s final action sees James Wade take on beat Peter Wright who has struggled badly in the Premier League this season. Wade, third on leg difference, shouldn’t have any need to worry here as the real Pete Wright is still yet to stand up and it will soon be too late. Away from the Premier League, Snakebite’s form has been superb, claiming three PDC titles in eight days, but the league is the big thing in darts right now and there his form has been appalling. The same thing can’t be said about The Machine who will fancy his chances of banking a win here and so do we.